Right ok, here is a collection of just plain crazy quotes. They won't make a whole lot of sense but that's why you'll love them. These slightly insane quotes come from the minds of some pretty crazy dudes!

The term hell-raiser has been used for some of these crazy guys. So you won't be surprised to know that Charlie Sheen quotes feature a few times, I could've actually made a whole Top 10 of Charlie Sheen quotes as you can guess, but I've mixed it up a bit here instead. So so and so anyway here we go. Enjoy. 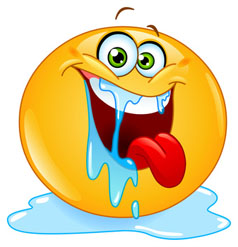 1:
"If loving someone is putting them in a straitjacket and kicking them
down a flight of stairs, then yes, I have loved a few people."

2:
"Greetings, friend. Do you wish to look as happy as me?
Well, you've got the power inside you right now. So use it. And send one dollar to Happy Dude, 742 Evergreen Terrace, Springfield. Don't delay! Eternal happiness is just a dollar away."

3:
"The statistics on sanity are that one out of every 4 Americans are
suffering from some from of mental illness. Think of your three
best friends. If they're okay, then it's you."

4:
(Talking about Two and a Half Men creator Chuck Lorre)
"Clearly I have defeated this earthworm with my words.
Imagine what I would have done with my fire breathing fists."

6:
"You get so weak from eating pears that you fall down,
and then they come and take you away on a stretcher."

7:
"I'm famous for my bottom dances, but you'll only see my bum and willy if you raise a million pounds within an hour."

8:
"Marriage is a custom brought about by women who then proceed to live off men and destroy them, completely enveloping the man in a destructive cocoon or eating him away like a poisonous fungus on a tree."

9:
"I am on a drug. It's called Charlie Sheen.
It's not available because if you try it, you will die.
Your face will melt off
and your children will weep over your exploded body."

I hope reading this crazy quotes page hasn't induced any rapid eye twitches, I'm thinking inspector Drefus here as in the Inspector Clouseau films. I just love those films especially A Shot in the Dark, he gets crazier and crazier as the film goes on.

After his infuriating encounters with Clouseau one of Dreyfus quotes from the film is "I seem to have stabbed myself with the letter opener." and "Francois, I just cut off my thumb." And by the end of the film he is pretty much completely insane. Anyway, I digress slightly. Thanks for visiting and enjoy the rest of this site.