When it comes to funny movie quotes it is hard to please everyone. You'll discover from this Top 10 list that if it is completely daft then I will probably love it. The dafter the better.

From Inspector Clouseau and Austin Powers to Greg Focker these cracking characters are hard to beat for laughs. You may need to have seen some of these films to appreciate these quotes.

It can of course depend what sort of mood you're in, but some of these funny movies have actually reduced me to tears! Laughter really is the best medicine, right? Although when you find it difficult to breathe then I'm not so sure! Aaaaanyway here we go.... Enjoy.


1:
Cal Naughton Jr: "So when you say psychosomatic,
you mean like he could start a fire with his thoughts?"

Lucius Washington: (trying to remove a knife in Ricky's leg)
"Let's use this knife to pry it out!"

Ricky Bobby: "Hey. I'm Ricky Bobby.
When you're work'n on your mysterious lady parts and stuff,
you should have the right tools too.
That's why you should use… MayPax.
The official tampon of NASCAR."

Will Ferrell in Talladega Nights - 2006

Maria Gambrelli:(as Clouseau's coat is burning)
"Your coat, Monsieur!"
Clouseau: "Yes, it is my coat."

Clouseau: "You have received a beump on the head."
Dreyfus: Beump?
Clouseau: "What?
Dreyfus: You said beump."
Clouseau: "Yes, I kneuw. It is a large beump.
You could receive the concussion from such a beump."

Cameron Diaz in There's something About Mary - 1998

Jim Carrey and Jeff Daniels in Dumb and Dumber 1994

Zach Galifianakos and Bradley Cooper in The Hangover - 2009

The Hangover
Available at Allposters.com

7:
Austin Powers: "What exactly do you do Mr Number Two?"
Number Two: "That's my business. Now if you'll excuse,
I have to go to the little boy's room."

Mike Myers and Robert Wagner in International Man of Mystery - 1997

Alotta Fagina: "How dare you break wind before me."
Austin Powers: "I'm sorry I didn't realise it was your turn."

Mike Myers and Fabiana Udenio in International Man of Mystery - 1997

8:
Pam Byrnes: "I had no idea you could milk a cat!"
Greg Focker: "Oh, you can milk just about anything with nipples."
Jack Byrnes: "I have nipples, Greg, could you milk me?"

Greg Focker: "O dear God, thank you. You are such a good God to us. A kind and gentle and accommodating God. And we thank You O sweet, sweet Lord of hosts for the smorgasbord You have so aptly lain at our table this day, and each day… by day. Day by day… by day. O dear Lord, three things we pray: To love Thee more dearly, to see Thee more clearly, to follow Thee more nearly day by day… by day. Amen." 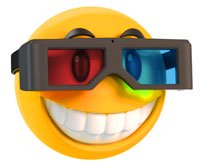 9:
Frank: "Wilma, I promise you; whatever scum did this, not one man on this force will rest one minute until he's behind bars.
Now, let's grab a bite to eat."

Leslie Nielsen and Priscilla Presley in The Naked Gun - 1988

10:
Rumack: "What was it we had for dinner tonight?"
Elaine Dickinson: Well, we had a choice of steak or fish."
Rumack: "Yes, yes, I remember, I had lasagna."


Thanks for visiting
this Funny Movie Quotes page