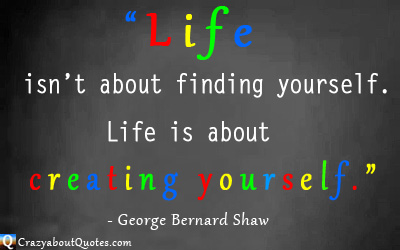 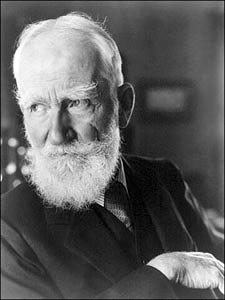 George Bernard Shaw was born in Dublin in 1856. He moved to London aged 19, where he wrote several novels without much success.

However his success came from his playwriting abilities, he wrote over 60 and won the Nobel Prize for literature in 1925.

"You see things; and you say 'Why?'
But I dream things that never were; and I say 'Why not?'

"Just do what must be done.
This may not be happiness, but it is greatness."

"A life spent making mistakes is not only more honourable,
but more useful than a life spent doing nothing."

"Use your health, even to the point of wearing it out.
That is what it is for.
Spend all you have before you die;
do not outlive yourself."

"A gentleman is one who puts more into the world than he takes out."

"A happy family is but an earlier heaven." 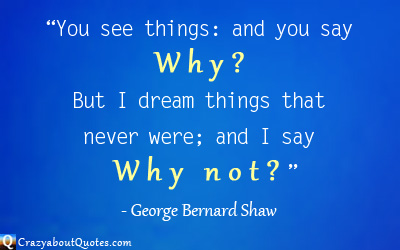 Take a 'Look Inside' Shaw's Work on Amazon...

"When I was young,
I observed that nine out of ten things I did were failures.
So I did ten times more work."

"Life contains but two tragedies.
One is not to get your heart's desire;
the other is to get it."

"It is a curious sensation:
the sort of pain that goes mercifully beyond our powers of feeling.
When your heart is broken,
your boats are burned: nothing matters any more.
It is the end of happiness and the beginning of peace."

"Imagination is the beginning of creation.
You imagine what you desire,
you will what you imagine
and at last you create what you will."