Aha, Universe quotes at last. Another excuse for me to delve into the NASA archives and bring you the best jaw dropping photos from deep space. 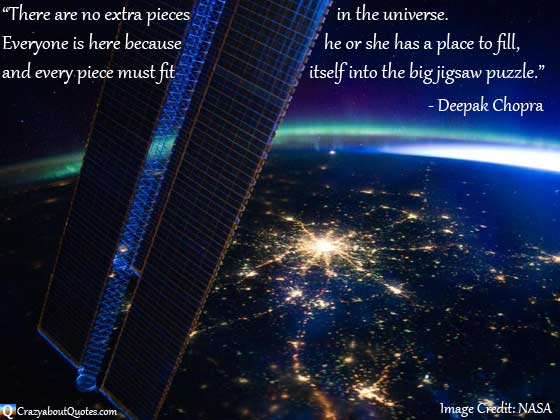 I've been fascinated by the Universe for a long time, but I've yet to come across someone who can adequately express it's immense mind boggling enormity.

So here are a few amazing and inspirational facts, just to set the mood.

Your brain may be hurting from those facts but there is something strangely comforting about the enormity of this Universe.

Despite the seeming chaos of exploding stars and gigantic balls of rock flying through space, there are inescapable laws of the universe that exist which have brought into being the magnificence of life itself.

So as we hurtle through time and space at 67,000 mph here are a few inspirational quotes about the Universe to help you enjoy the ride.

"I have long thought that anyone who does not regularly - or ever
- gaze up and see the wonder
and glory of a dark night sky filled with countless stars
loses a sense of their fundamental connectedness to the universe."

"That deep emotional conviction of
the presence of a superior reasoning power,
which is revealed in the incomprehensible universe,
forms my idea of God."

"We are just an advanced breed of monkeys on a minor planet
of a very average star. But we can understand the Universe.
That makes us something very special."

"Once you make a decision, the universe conspires to make it happen." 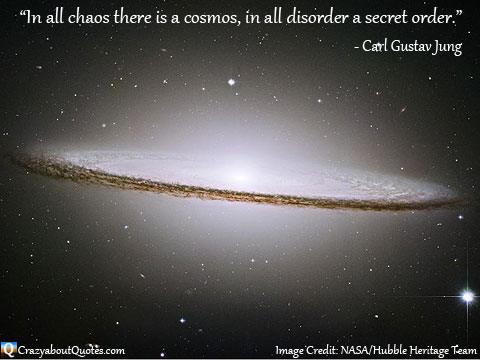 Fifty million-year-old light from this Sombrero Galaxy can apparently be seen
with a small telescope towards the constellation of Virgo.

"Quantum physics thus reveals a basic oneness of the universe."

"There are still so many questions to answer.
When you look at any part of the universe, you have to feel humbled."

"Nothing is more active than thought, for it travels over the universe."

"I believe everyone should have
a broad picture of how the universe operates and our place in it.
It is a basic human desire.
And it also puts our worries in perspective."

"We are the cosmos made conscious
and life is the means by which the universe understands itself."

"In looking out upon the world,
we forget that the world is looking at itself.”

"As we know life in ourselves
we want to understand life in the universe
in order to enter into harmony with it."

"If the stars should appear
but one night every thousand years
how man would marvel and stare."

"There is force in the universe, which, if we permit it,
will flow through us and produce miraculous results."

"We are in the position of a little child entering
a huge library filled with books in many different languages…
The child dimly suspects a mysterious order
in the arrangement of the books but doesn't know what it is.
That, it seems to me, is the attitude of
even the most intelligent human being toward God.
We see a universe marvellously arranged and obeying certain laws,
but only dimly understand these laws. Our limited minds
cannot grasp the mysterious force that moves the constellations."


Top of this Page?